That’s a phrase I hear every morning when we listen to the Cruiseheimer’s net on our sideband radio.  Boats on the move to new destinations….some heading north to get above the Florida border before hurricane season starts on June 1….or people headed ahsore for provisions and/or sight seeing.

One week from today I will be winging back to the US for a visit with my older son and his girlfriend at their home on the outskirts of Baltimore for a couple of days. In the meantime, we have a full  week of beautiful destinations planned as our final week aboard and as a tour of the Exuma chain for Rob and Kandice.

Before they arrived I tried to finish up on my small tapestry exercise of circles within circles….didn’t quite make it! 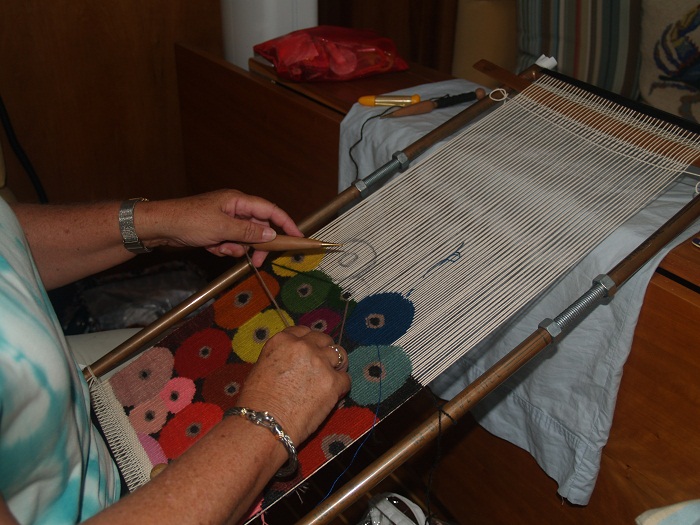 The piece will end in the area where the threaded bar is so I’m not too far from the finish line.  It’s been a fun project, but I guess I will have to spend some time on it at home.  I cannot bring it with me, so it will sail home with Bob. 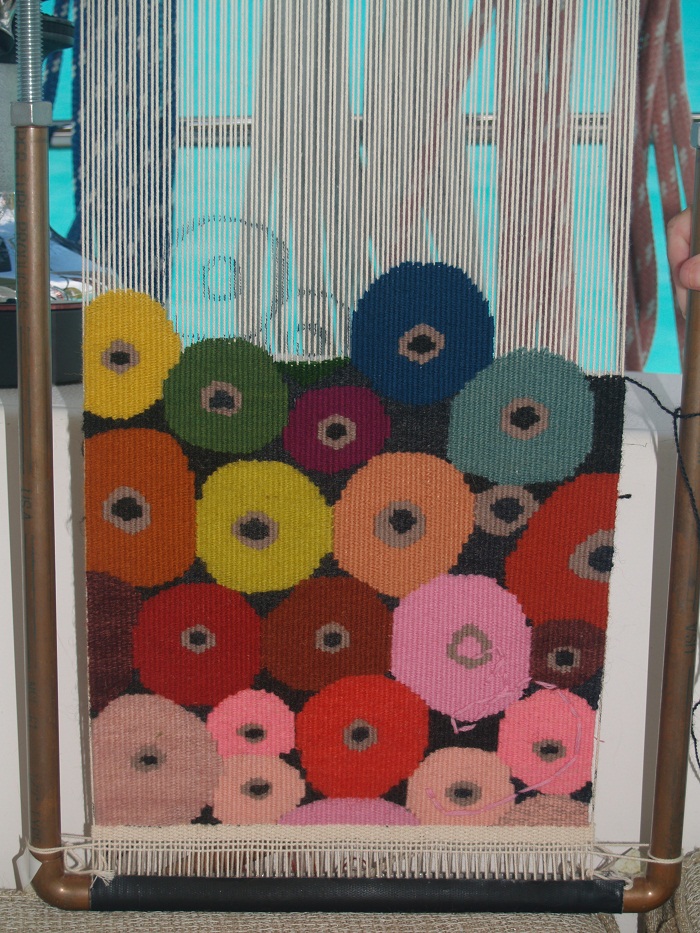 On our walk to the airport to meet Rob and Kandice, we passed lots of roosters and chickens with their chicks.  There were big black roosters and white ones, and lots of colorful chickens.  The roosters are very good at avoiding our camera, and the chickens are pretty good too, although they are encumbered by their brood of little chicks following them around.  The best shot we could get was the backsides of a retreating family! 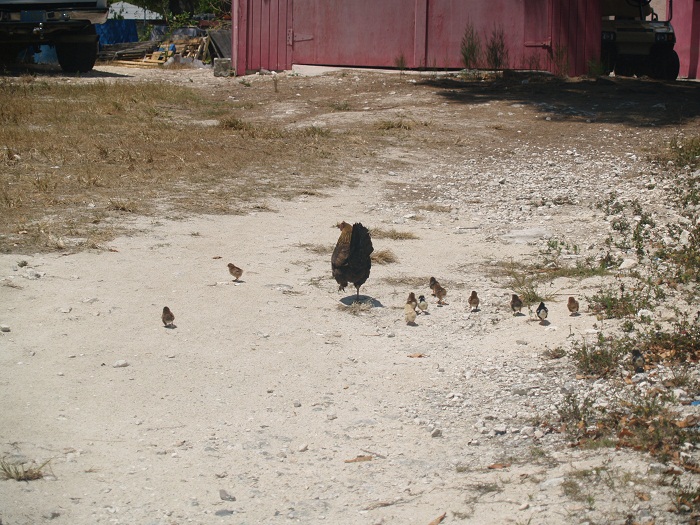 A very different kind of trip to the airport than what we normally experience! At the airstrip we sat in a gazebo to await Rob and Kandice’s arrival! 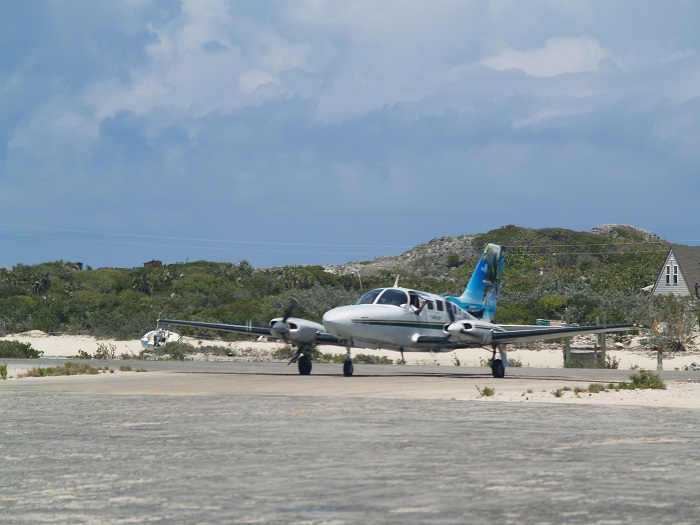 And then there was Rob, waving to us from what should be the co-pilot’s seat!  He had a wonderful time sitting next to Chester the pilot.  Rob took some amazing shots of the flight and videos on his Go Pro of the flight and the approach to Staniel Cay.  He even saw Pandora at anchor as they made their final approach. 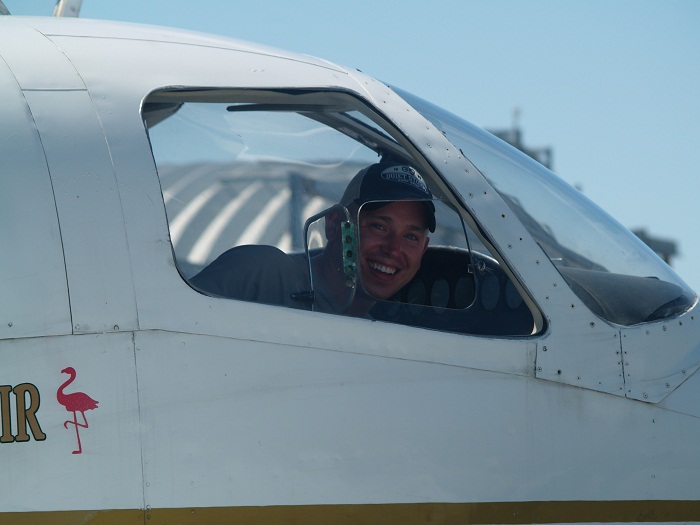 The kids have played with the pigs on Big Major’s Spot, and we’ve seen just how quickly little piglets have grown! Bob probably could not pick up that little pink pig anymore!  Rob and Bob went snorkeling in Thunderball Grotto at low tide yesterday, and Rob took a lot of video of the fish and  a sea turtle that he swam with for a while outside the far end of the grotto.

We’ve seen some wonderful sunsets, some shooting stars, and some amazing clouds… 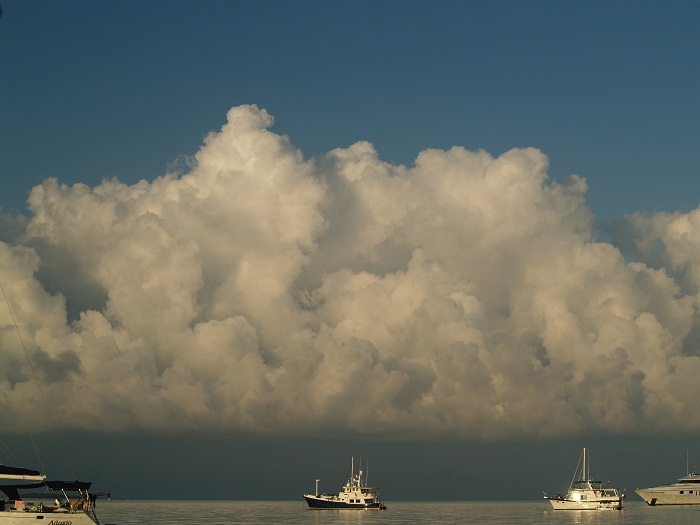 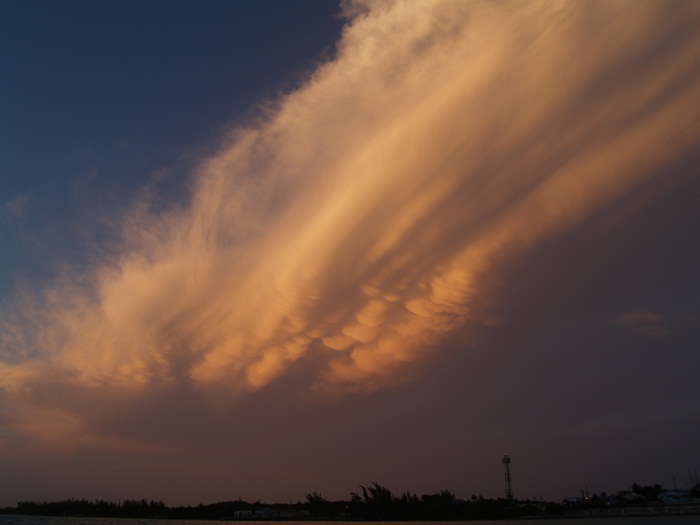 Today we will have a short sail to Over Yonder Cay.  This is a private island, beautiful beyond belief, and entirely self-supporting with their own energy.  There are three large windmills on this island….later today we will get a guided tour from the island manager, Ethan, and I’m sure we’ll learn a lot more about how this stunning place operates.

The rest of our final week will include time at Warderick Wells, Compass Cay, and Shroud Cay.

My shawl is on the final repeat of the lace pattern….now what am I going to work on during my flights home?  Wondering if it’s still cold enough in Connecticut to wear wool/silk socks… 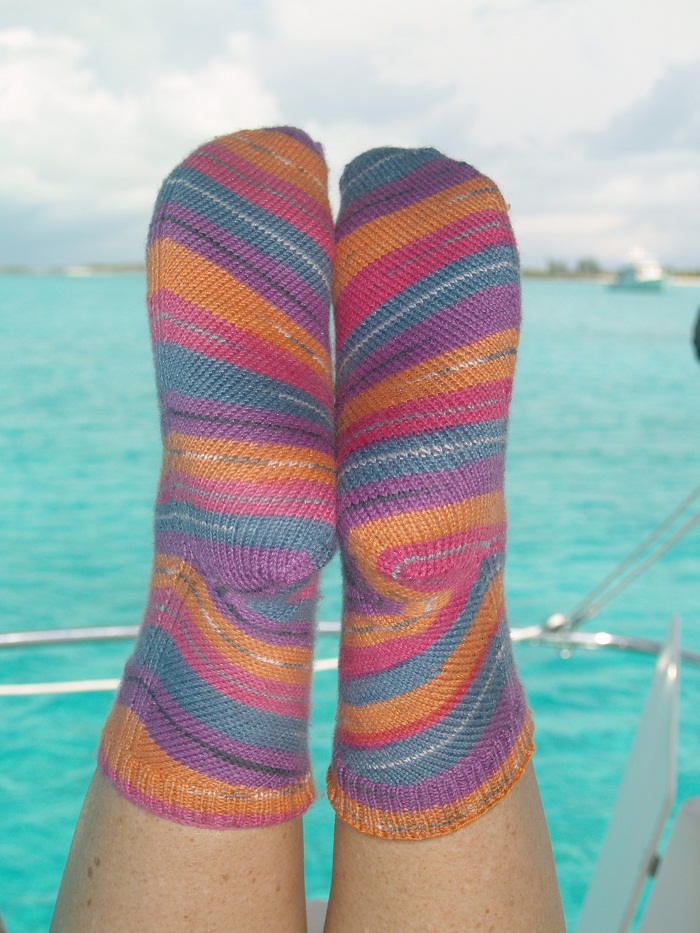 This entry was posted in family, knitting, sailing, tapestry. Bookmark the permalink.